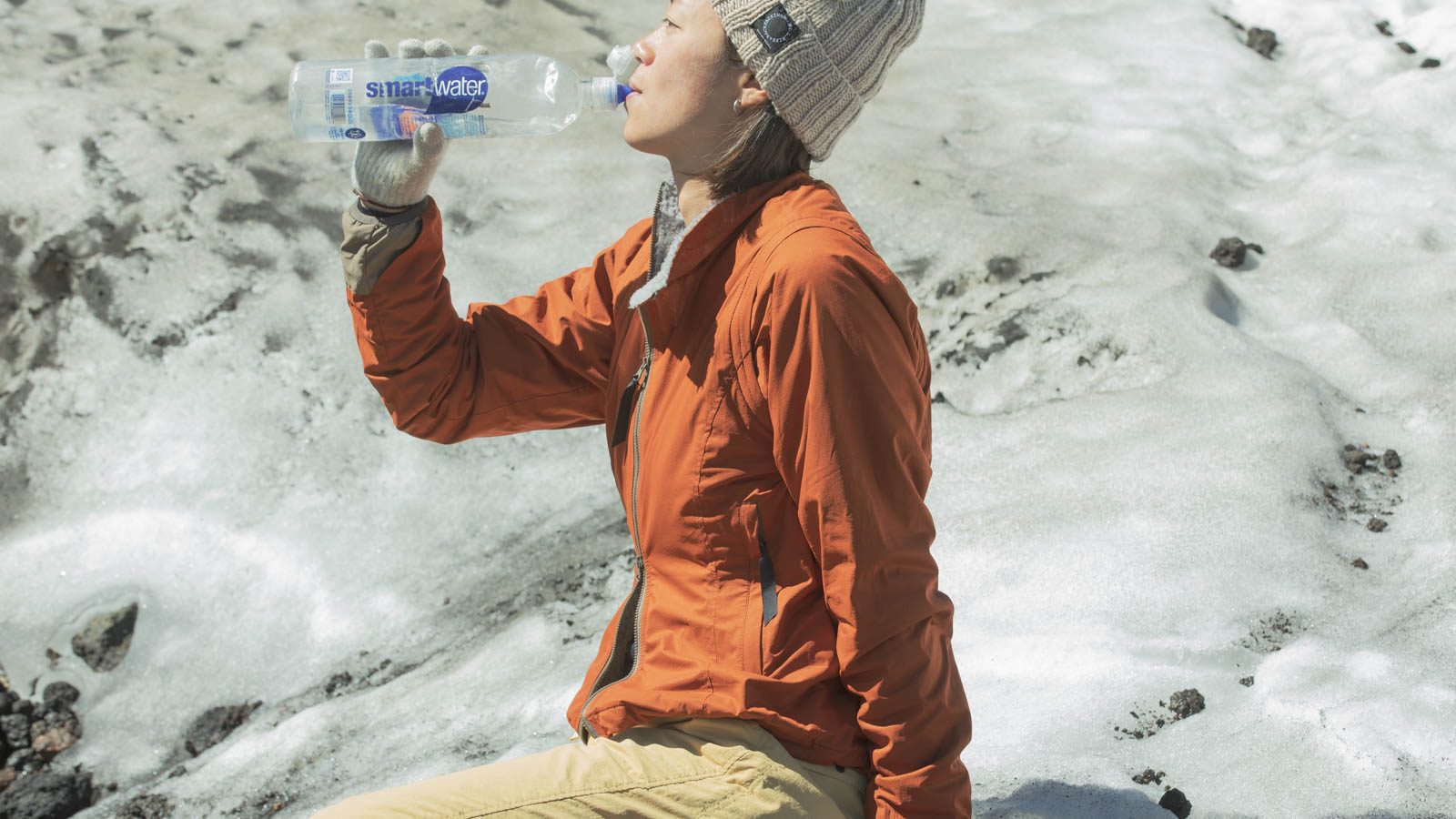 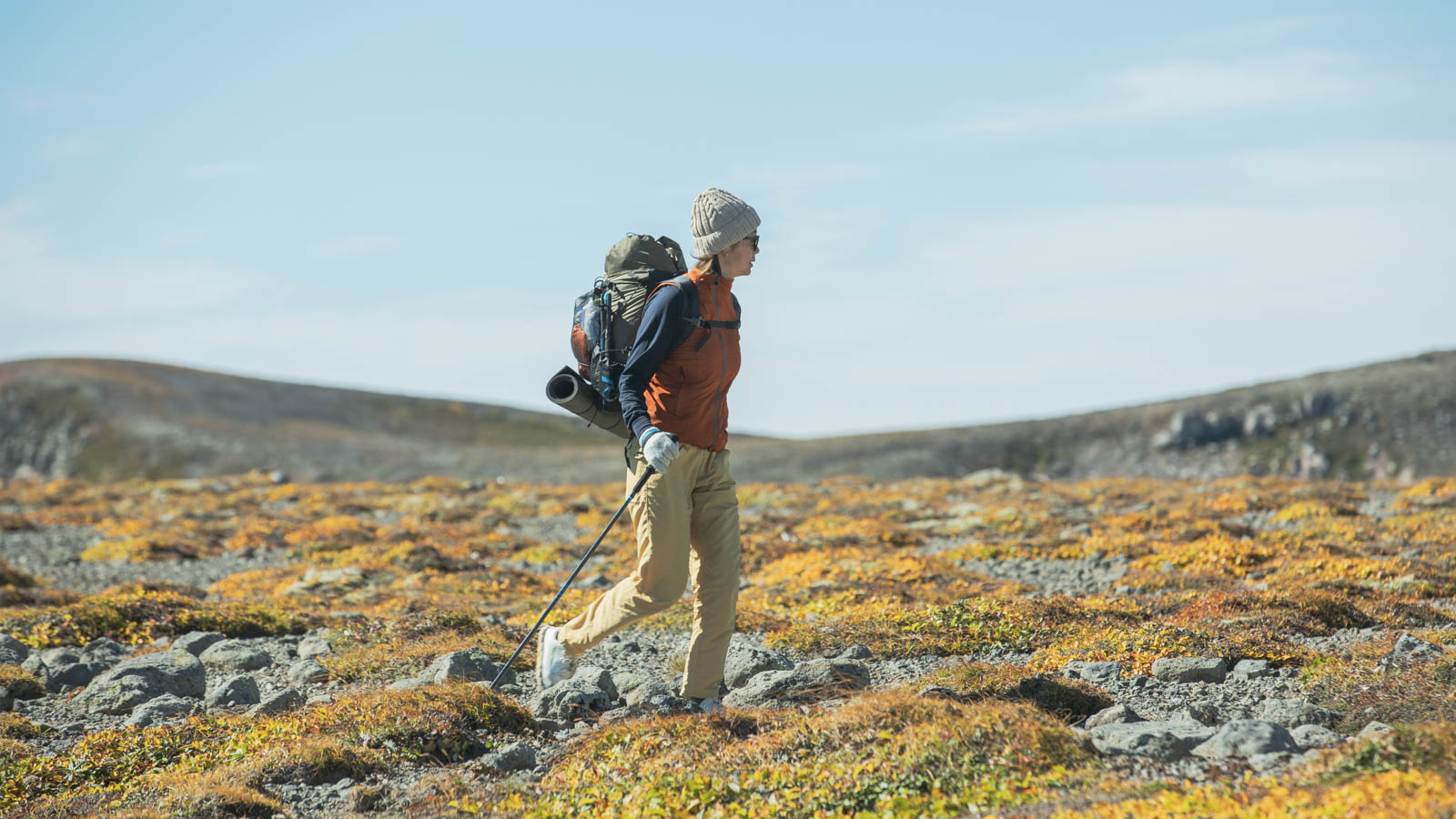 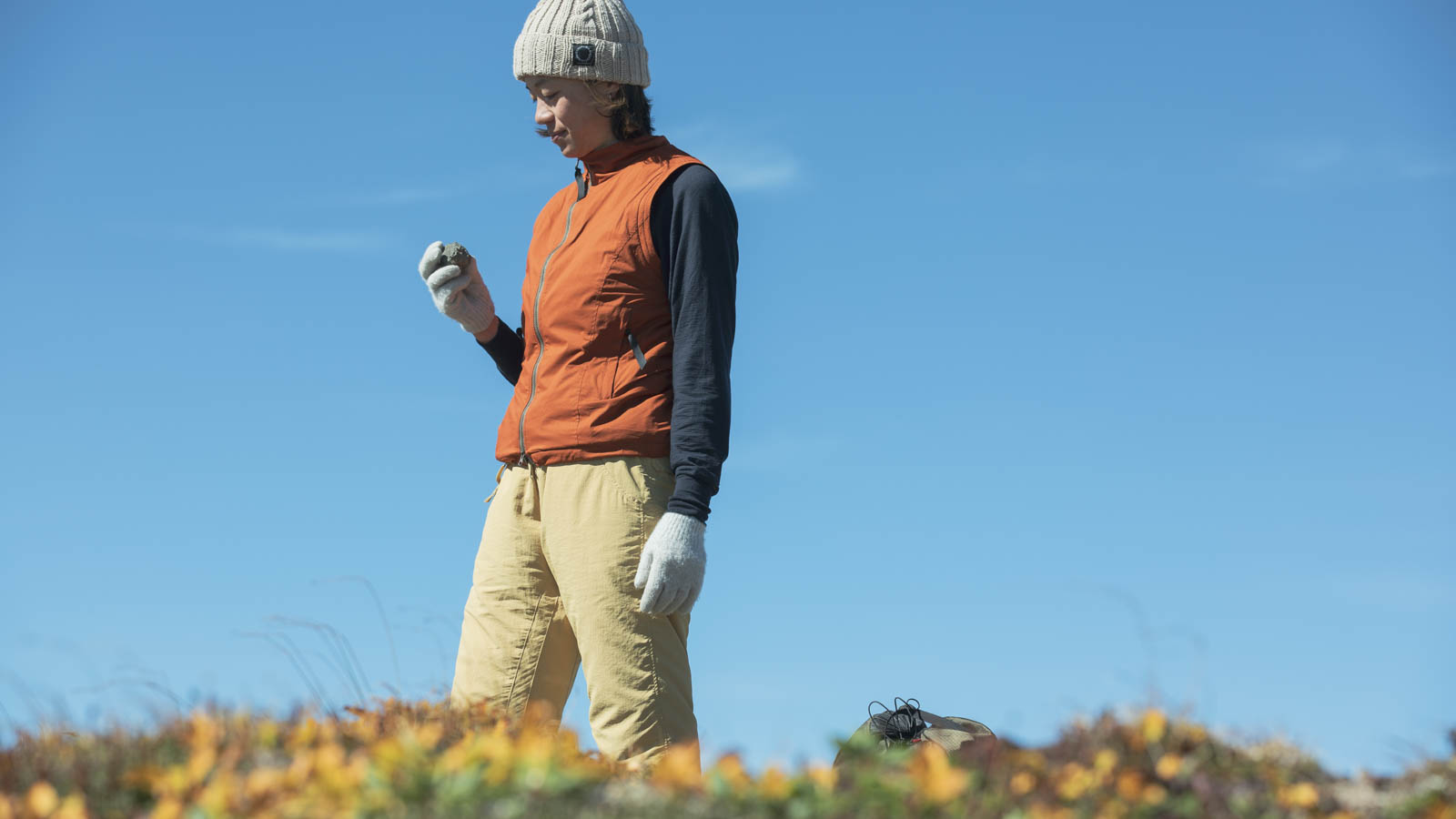 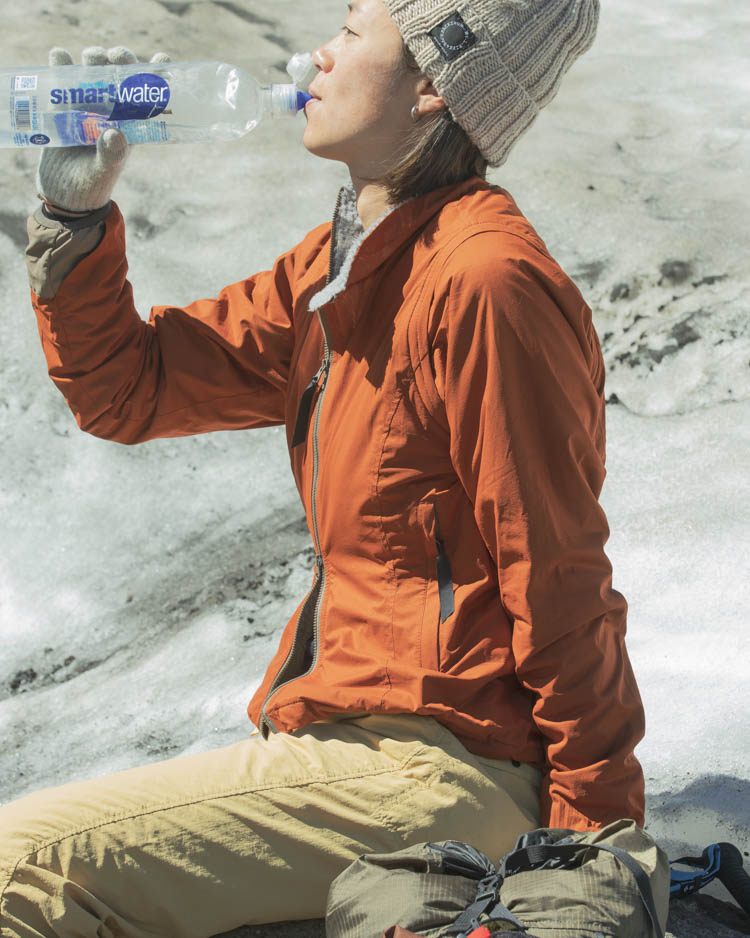 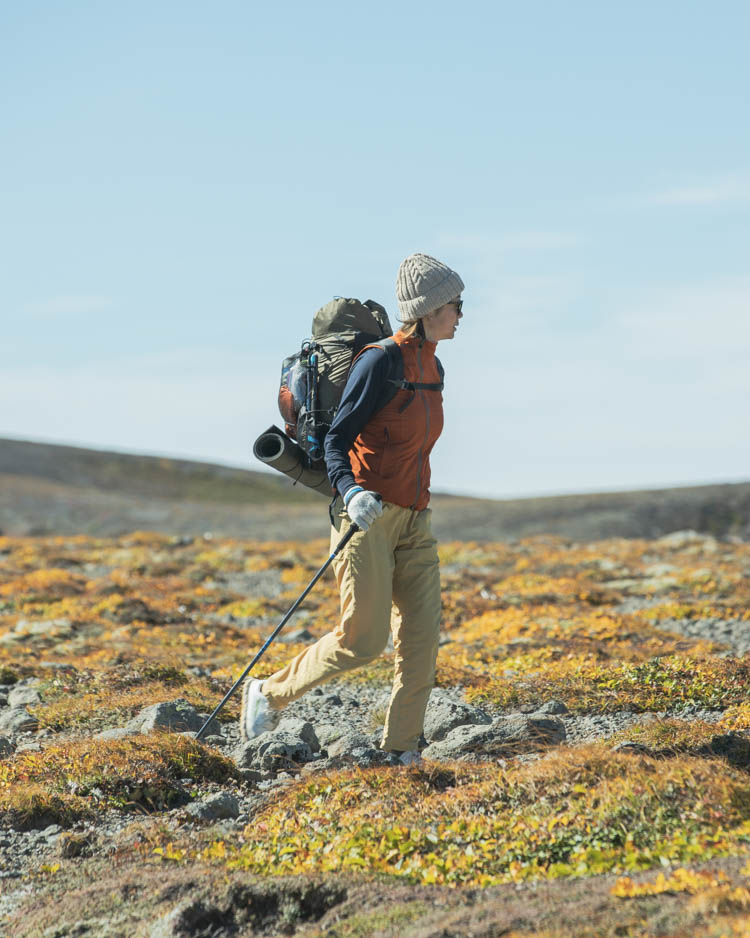 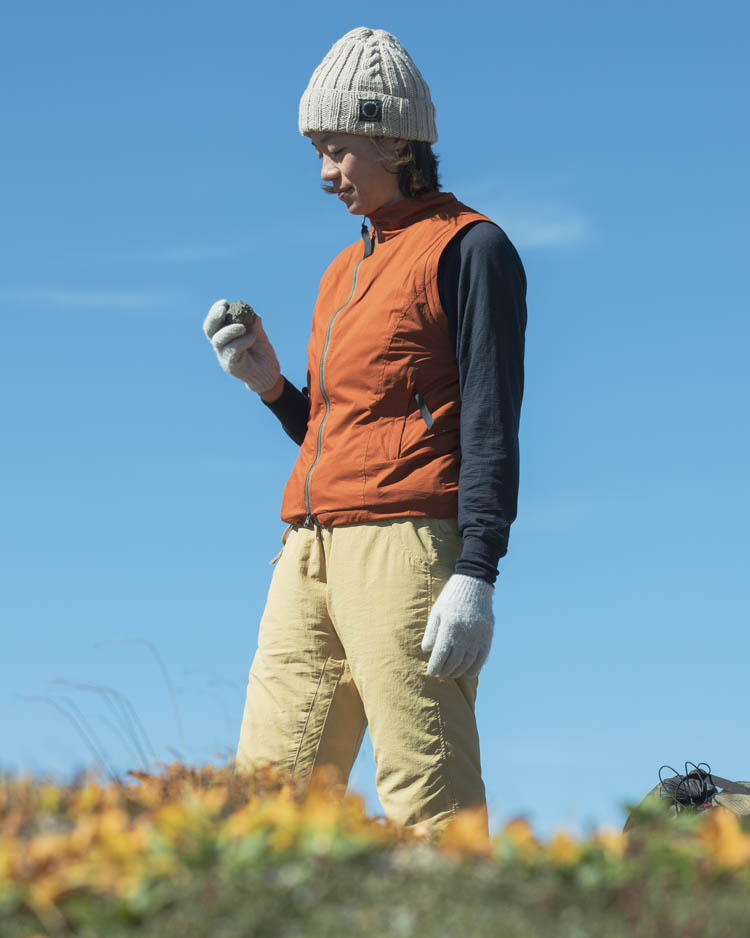 Our Light Alpha Vest/Jacket is a piece of active gear great for early spring and low-mountain winter hikes. It incorporates the light, 85g/m² Polartec Alpha Direct that keeps you from overheating, even while exercising.
The sleeves can be removed to make a vest, for when a jacket is too hot.

Pertex Quantum Air fabric has been upgraded and proprietarily titanium coated since 2021. It is lighter and more durable with over 200% breathability, while warmer than the previous version.

Made in Akita, Japan

I love the Yamatomichi Alpha Anorak, which was designed for snow hikes in the middle of winter, but it’s a little hard to put on/take off and a little hot for early spring hikes. Therefore I wanted to make something a little thinner and easier to wear. That’s how the Light Alpha Vest/Jacket was born.

The removable sleeves are a bit of a nostalgic touch in the world of outdoor clothing, but by combining them with cutting-edge Alpha Direct materials, I think we’ve managed to create a new piece of winter wear that will keep you warm no matter where you are or what you are doing.

As the snow starts to melt, it’s easy to feel hot with a regular fleece jacket when the sun comes out, even with the superior breathability of Alpha Direct. But once the sleeves come off, you immediately feel cooler while the vest keeps your core warm. Once the sun goes down, put the sleeves back on for added insulation.

I’ve been wearing a prototype of this jacket in the fall and winter for the past few years, and I’m excited to finally be able to give people the opportunity to wear and enjoy this jacket that I’ve been testing for so long.

There are two reasons for adopting a new fabric:

It took me a long while to find this new Quantum Air. The discovery of the ideal fabric, however, was the beginning of the next challenge.

When I was looking for a new fabric, I thought that thermal clothes should be as breathable as possible, because good ventilation was supposed to create better comfort when on the move. Some companies released new ultra-breathable products using new materials such as Primaloft Next or Octa with no outer fabrics, and in fact, we also had been developing a similar product. We discovered, however, that superior breathability did not always mean better comfort when hiking. Breathable often meant being cold. What’s important is the level and extent of ventilation, the optimum breathability largely depends on each hiker, the duration and intensity of the activity, what he/she does and how much he/she sweats.

Is this newer Pertex Quantum Air a better product just because it is more breathable? I welcome the higher ventilation, but it was so breathable it could get cold. In this respect, it could almost be said that the previous version was better for the fall/winter season. I wondered if there was a way to compensate for this drawback.

As I am hiking, handling hiking gear daily, I sometimes feel that the goal of all outdoor clothing and gear is how to protect and control the body heat.

Heat transfer mechanisms are mainly classified in “conduction”, “convection”, and “radiation”. When you touch something, and if you feel if it’s hot or cold, that’s because of thermal conduction. Thermal convection is the transfer of heat by air or water. The heat from the Sun or a stove is transferred by radiation. The clothes made of Pertex Alpha Direct trap air to keep you warm, so usually conduction and convection are the major factors. Additionally, I decided to improve the product by the remaining radiation; The answer was titanium coating.

When I was wearing the titanium-coated prototype, it seemed warmer than the conventional product. But to be honest, when I tried it out in the field, I was not fully sure if it was warmer or it was simply more comfortable because of the superior breathability. I was not convinced that this was the answer.

So we created another prototype that we named the “Two-Face” prototype. If you like Batman, I’m sure you will understand what I mean. The right half of the Anorak is made of different material from the left half. Through a series of actual field tests, we were able to check the differences between the conventional fabric and the new titanium-coated one.

The “Two-Face” Anorak actually taught us that the new fabric was more breathable, yet a little warmer when not moving. We also tested it on a snowy mountain ridge with wind speeds of about 36-54 km/h and found that the wind resistance did not significantly decline compared to the previous version, even though it was more breathable. But please note that over 54 km/h of wind can penetrate the fabric.

We like experimenting and are extremely happy to be able to deliver a better product because of it. We had fun with the “Two-Face” prototype and will probably do many more in the future.

Though Polartec Alpha Direct is highly breathable, your body may heat up during high-intensity activities, and you may want to take off your jacket when the sun is shining. But without a jacket, your body core may get too cold. Also, it’s a hassle to take it out of your backpack every time you feel cold.

The Light Alpha Vest/Jacket can be worn in a wide range of situations, and even when it is too hot, you can remove the sleeves and use it as a vest to continue your activities while protecting your body core from being cold, which is important for maintaining body temperature.

Conventional natural down or synthetic insulation tends to contain body moisture and as a result, can be quite stuffy. Polartec Alpha, on the other hand, is so breathable that it can be worn even during a high level of physical activity.

Though the original Polartec Alpha required a back lining, Polartec Alpha Direct does not need one because the material is more durable and stable. Consequently, Alpaha Direct is superior in breathability, quick-drying property, and it is even more lightweight.

The back of the extremely breathable Pertex Quantum Air is treated with our unique “titanium sputtering” to enhance heat retention.

To achieve superior breathability of approximately 70cc/(cm²･s), Pertex Quantum Air is woven as loose as possible, and polyurethane-coated to enhance the strength without interfering with breathability. The fabric is made of less frictional low-count yarns, and is impregnated through a polyurethane coating, accelerating the smoothness of the surface to achieve excellent durability against abrasion with coarse materials such as Velcro. Also, the yarn is “temporarily twisted”, twisted and heat-treated to provide stretch for better flexibility.

Titanium sputtering is a technology that coats the fabric with an extremely thin titanium layer. The titanium coating adheres to the surface of the fabric at the molecular level without compromising the texture or breathability, and it traps the heat emitted from the body inside the garment, consequently preventing body heat from radiating out.

A Review by our Female Staff

I got the Light Alpha Vest/Jacket as soon as it was released in 2019 and have worn it for about two seasons for winter running, hiking, and daily life.

In the middle of winter in low altitude trails, I start with the sleeves on and convert it to the vest when my body warms up. No matter how thin insulation is, when you take it off after warming up, it can be surprisingly bulky, but with just the sleeves, it can be tucked into a small trekking bag. The Alpha Vest/Jacket is also very breathable, so you won’t overheat even when your body is producing a lot of heat, and I think it’s a thin but reliable insulation.

Women who find themselves to be less active may find it to be slightly lacking in warmth, but they can wear it in combination with the Alpha Haramaki, or with rainwear in high winds or in less active situations.

The woman’s version is relatively slimmer, with a silhouette that follows a woman’s body shape, so most people who try it on in the store choose a size larger, but I recommend purchasing a true fitting size. By choosing a true size, it keeps the wind from seeping through, and resulting in you feeling warmer. Personally, I love layering the Alpha Vest/Jacket with the Merino Hoody.

This jacket is a product that makes you want to hike with less with the heat of your body on your side. 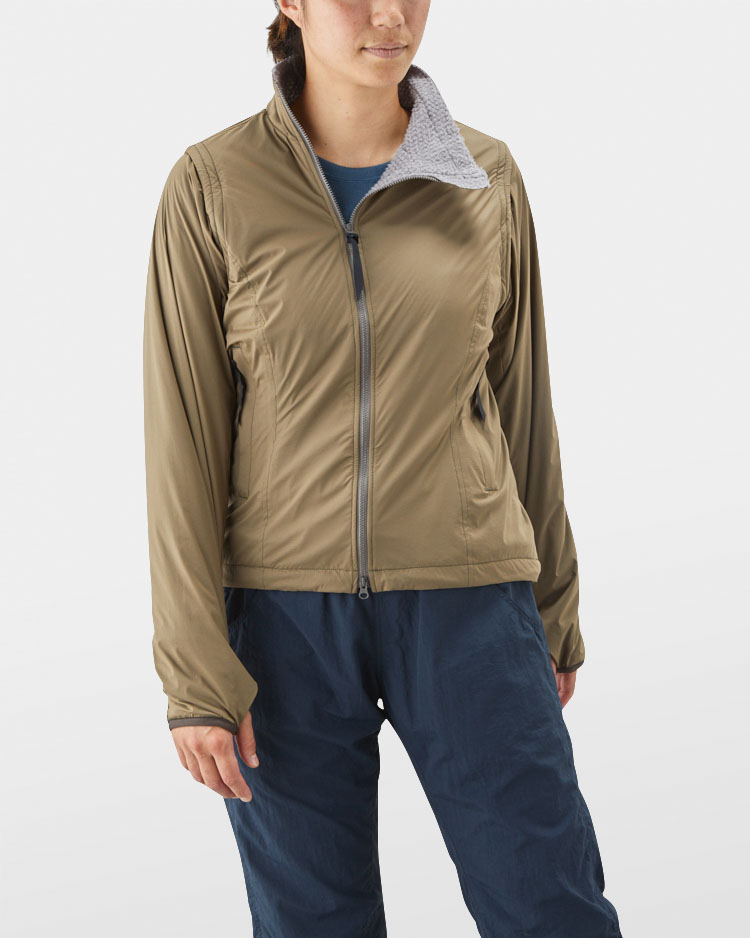 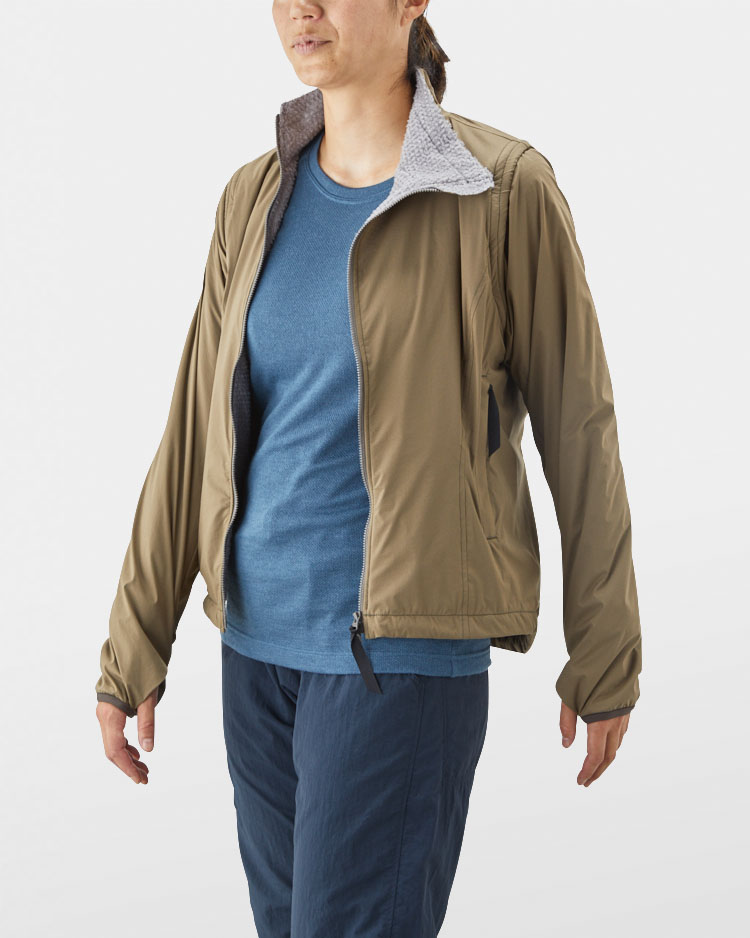 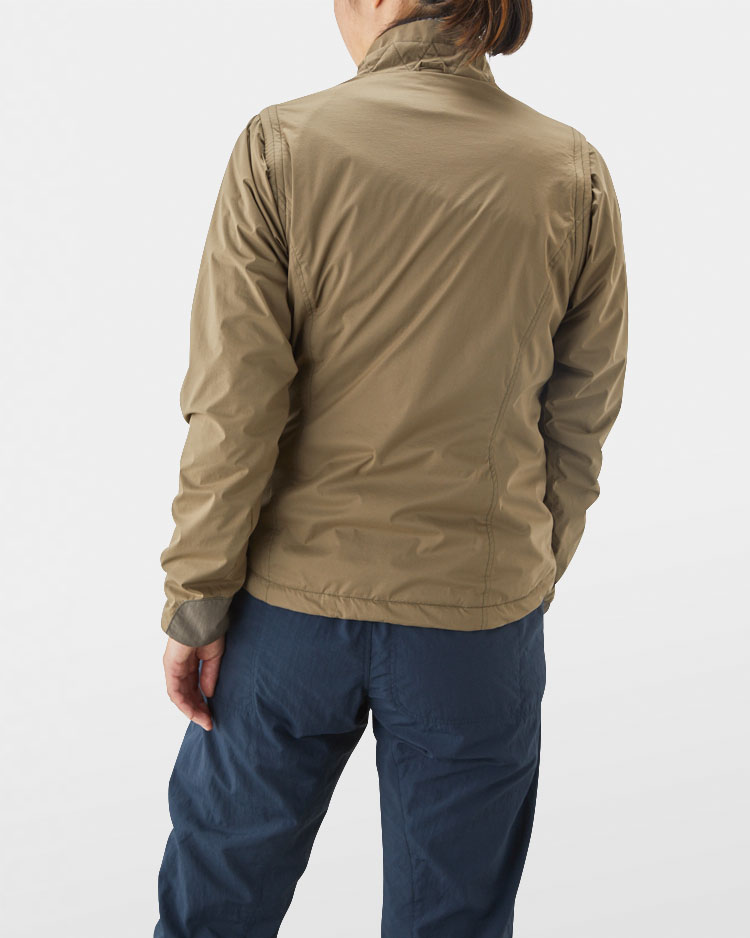 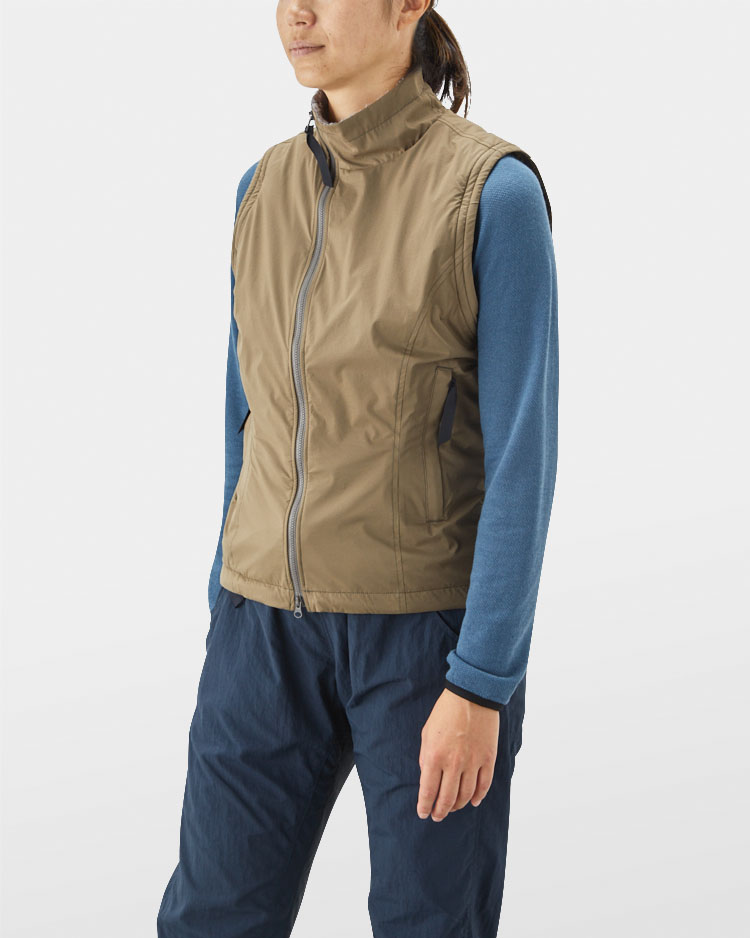 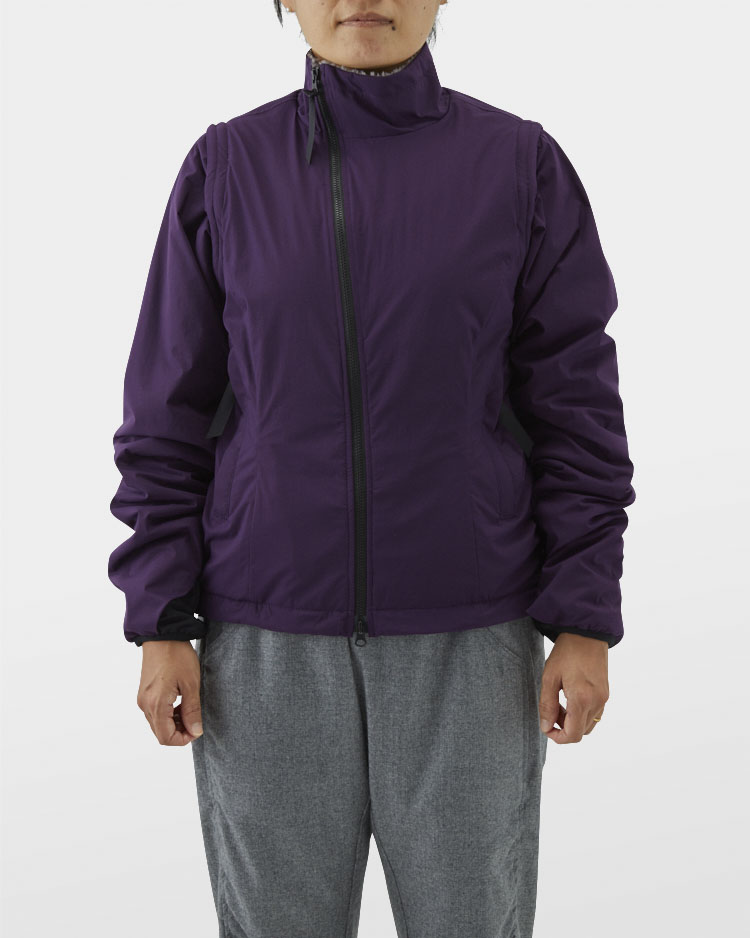 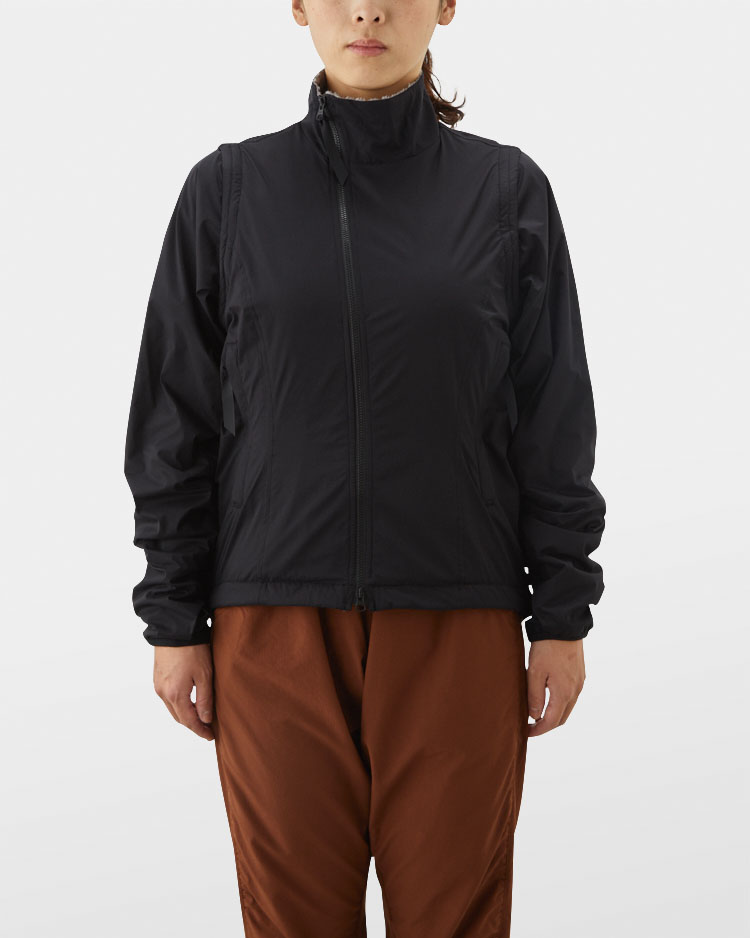 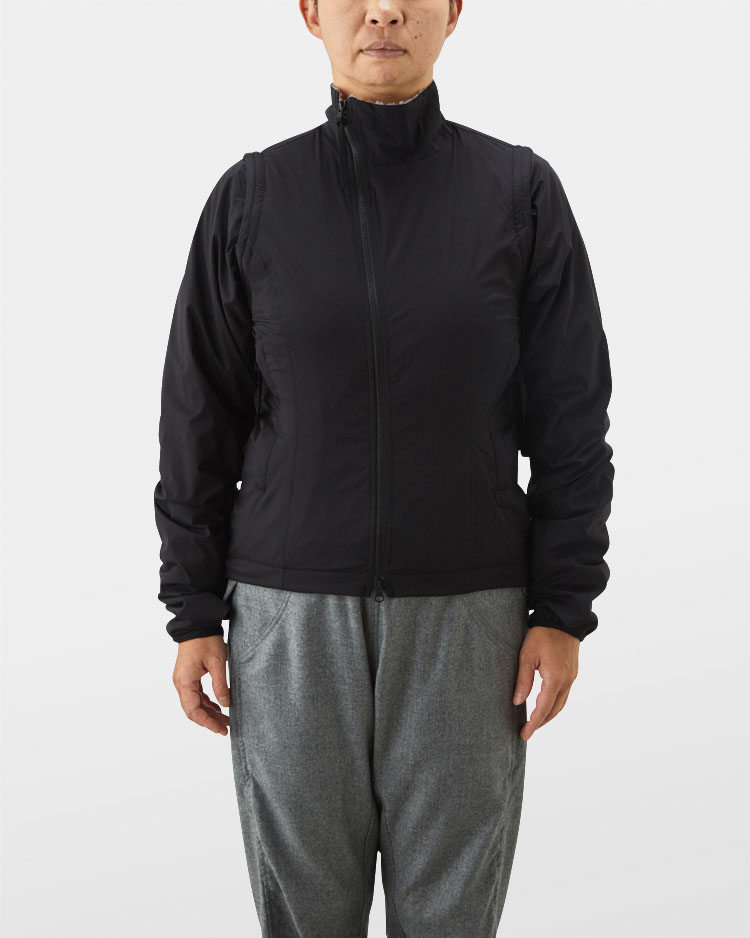 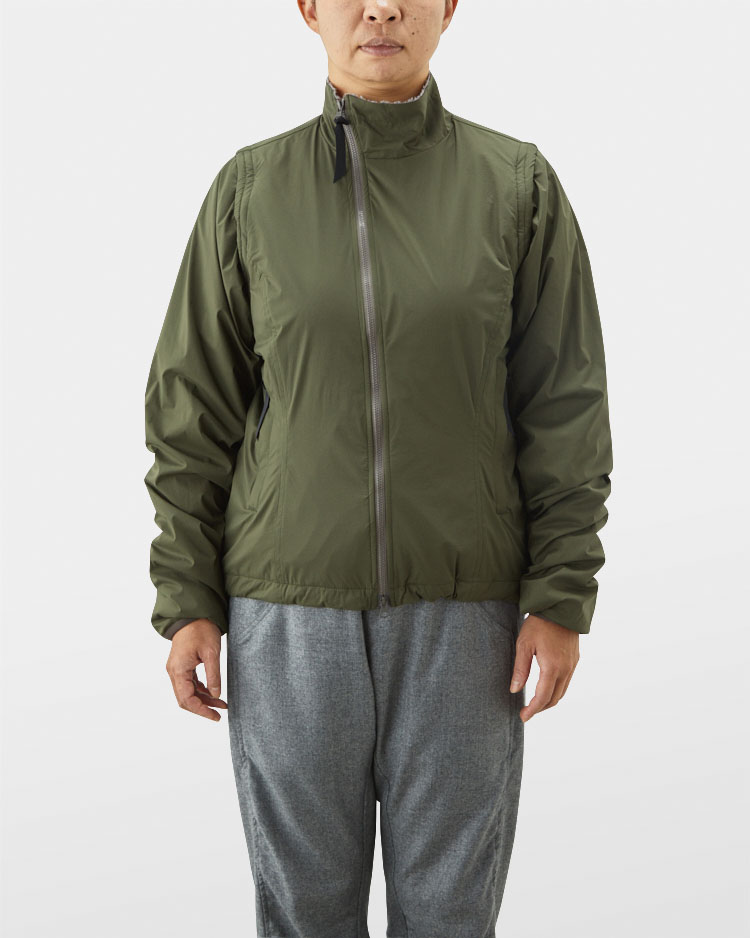 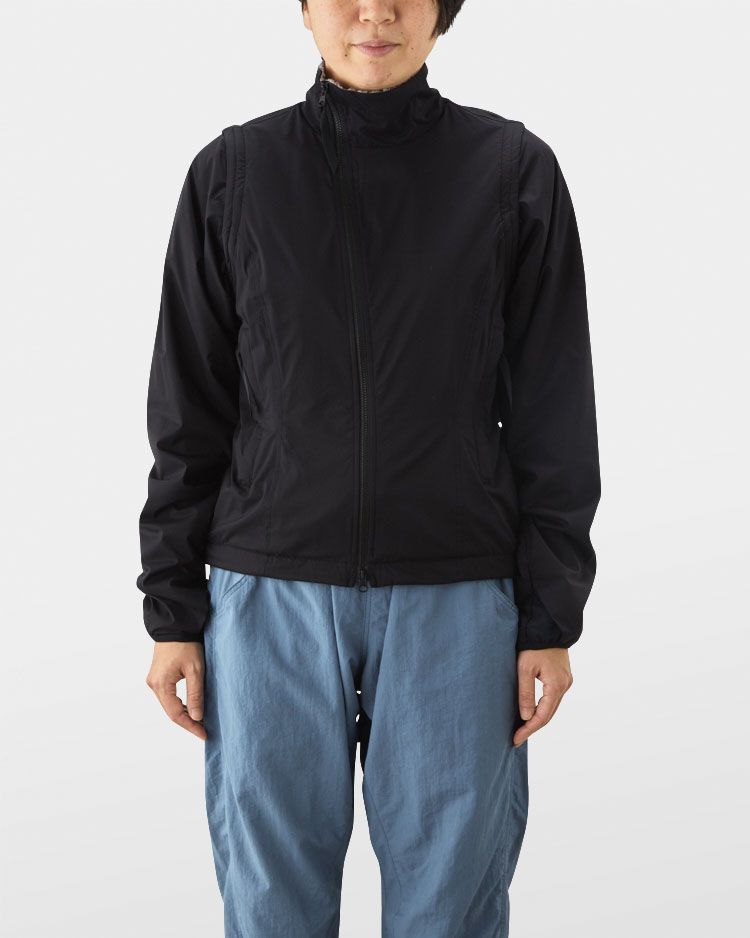 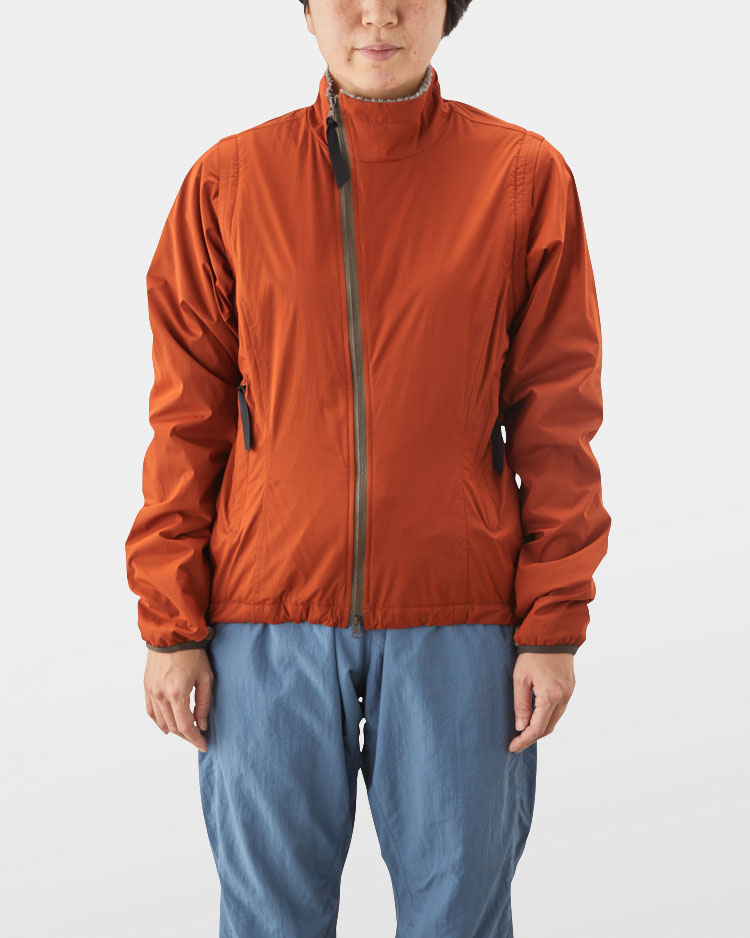 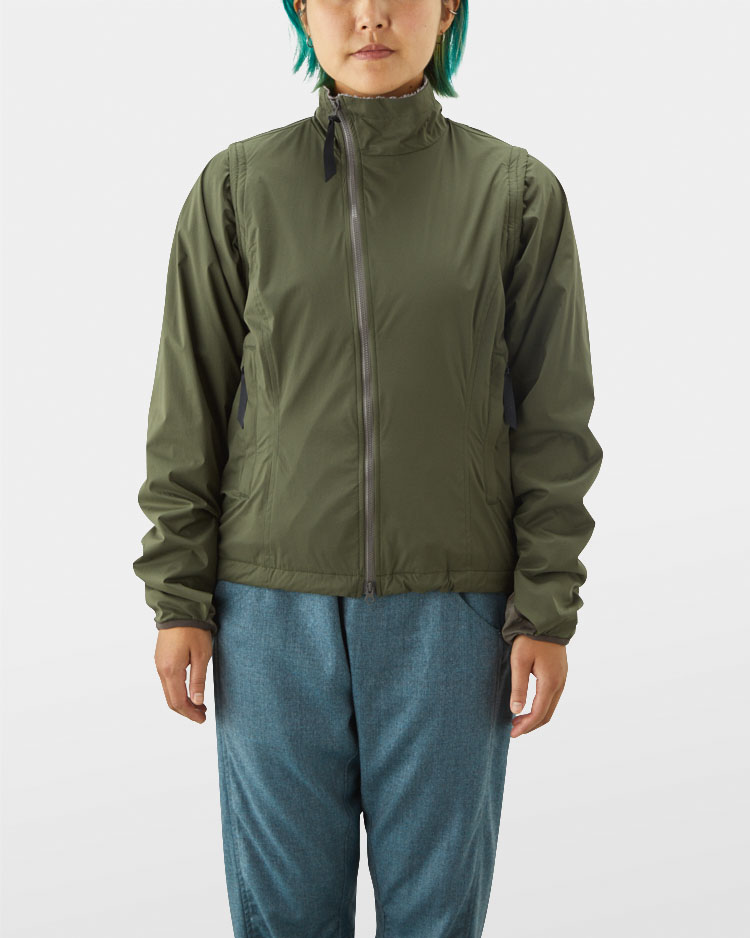 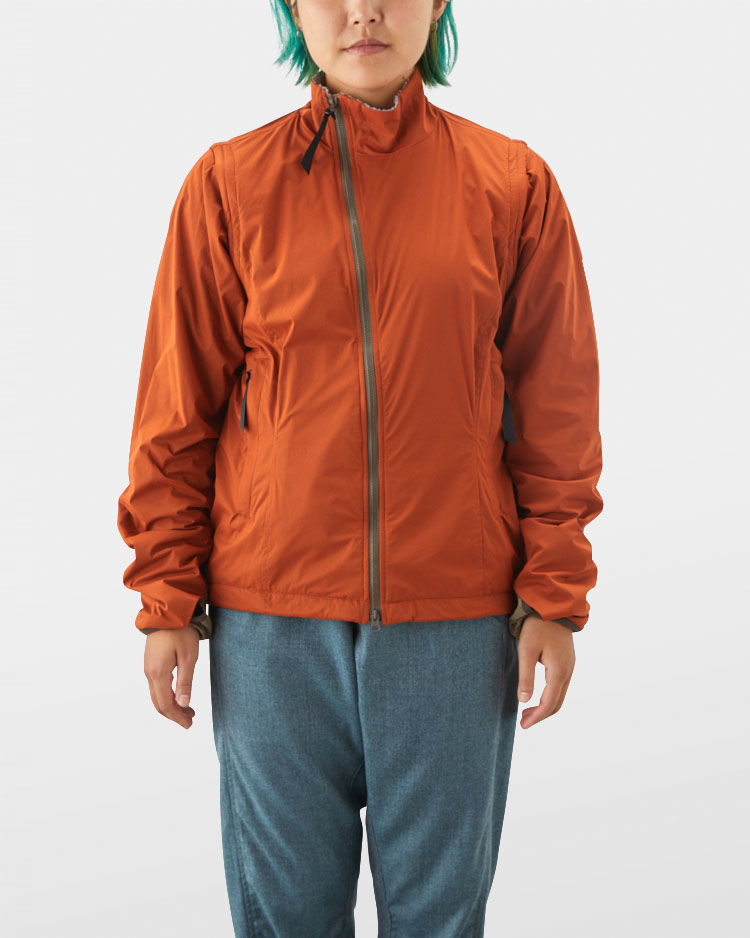 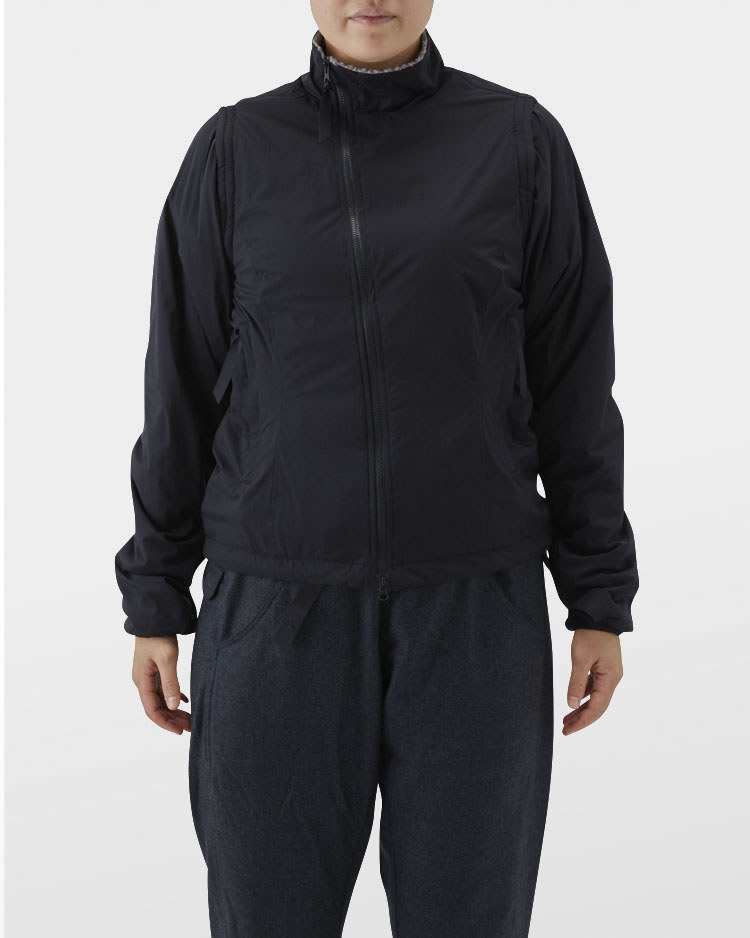 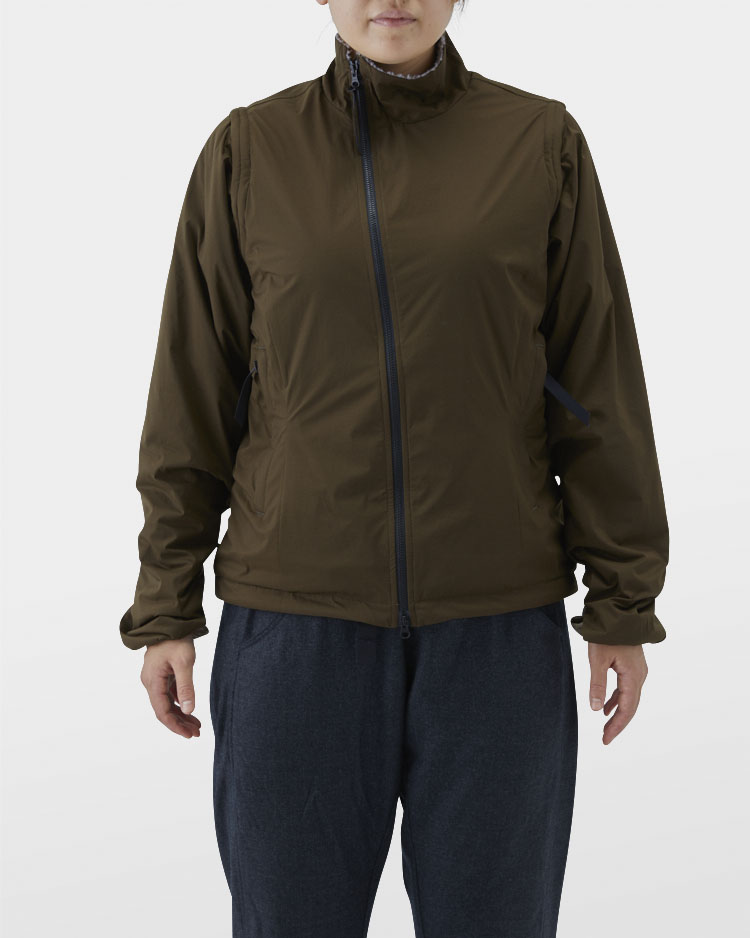 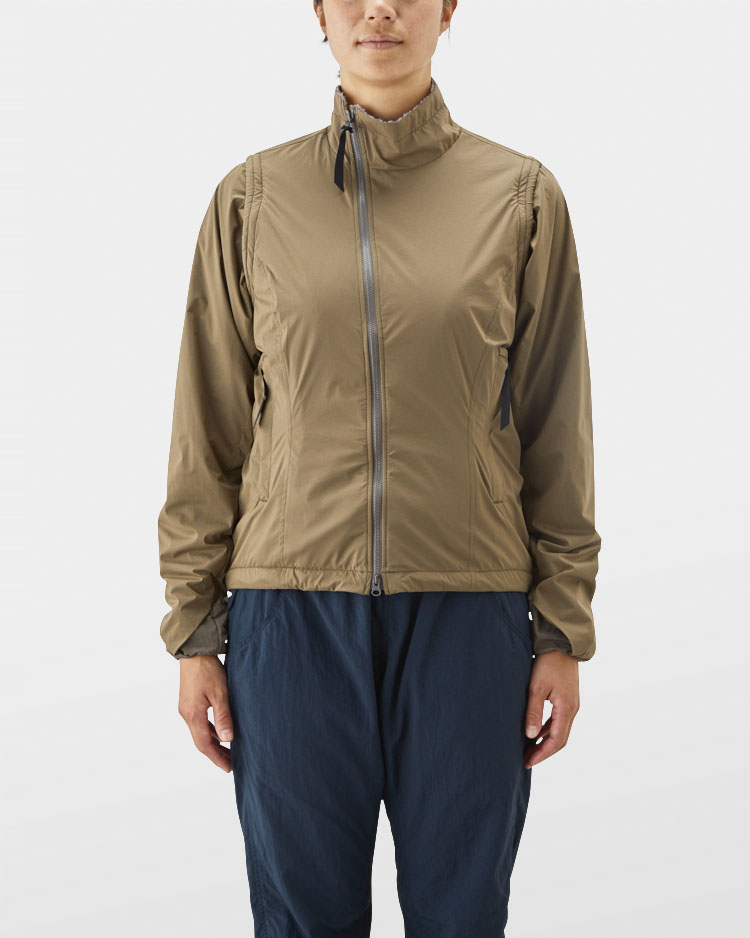 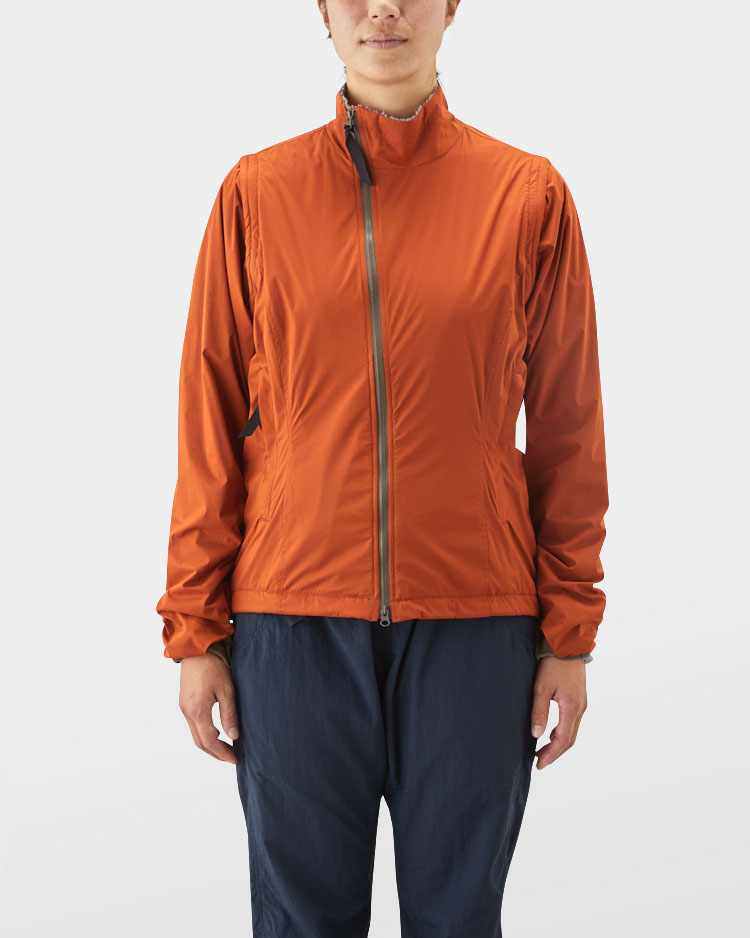 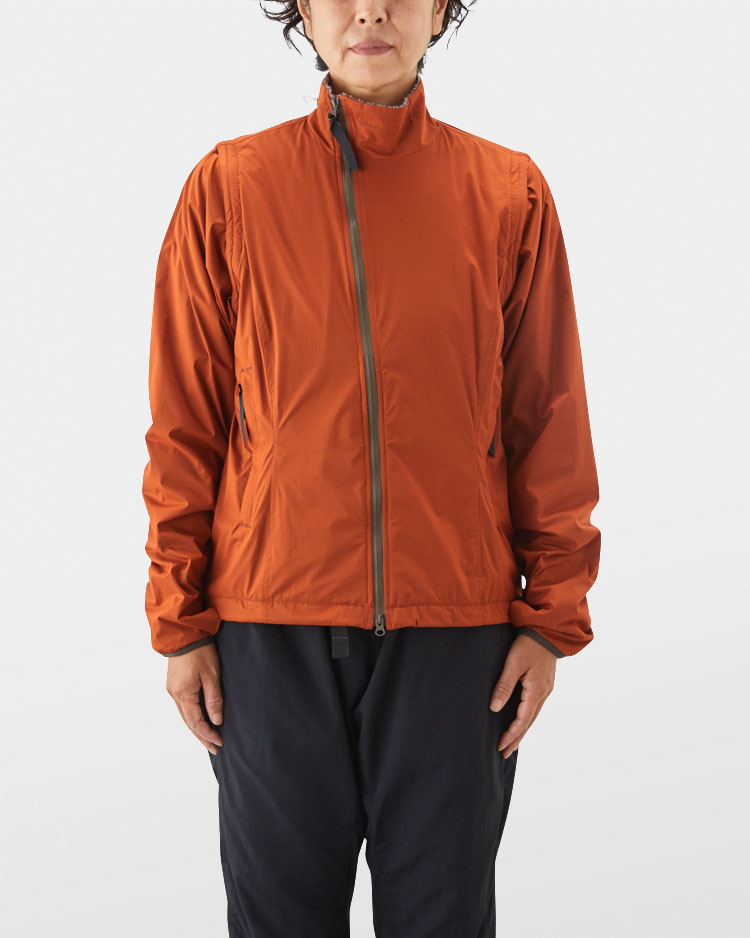 *The amount of titanium particles washed away is minimal and considered to be harmless for the environment.

For more detailed tips on how to wash, store and restore the shrunk item, please visit the following link (Currently Japanese Only): How to Care the Alpha Series

We accept repairs for all of our Yamatomichi products. For inquiries on repair services including patching the holes, repairing with extra components, or fixing the items damaged over time, please feel free to contact us from the “Repair” section of the SUPPORT page. 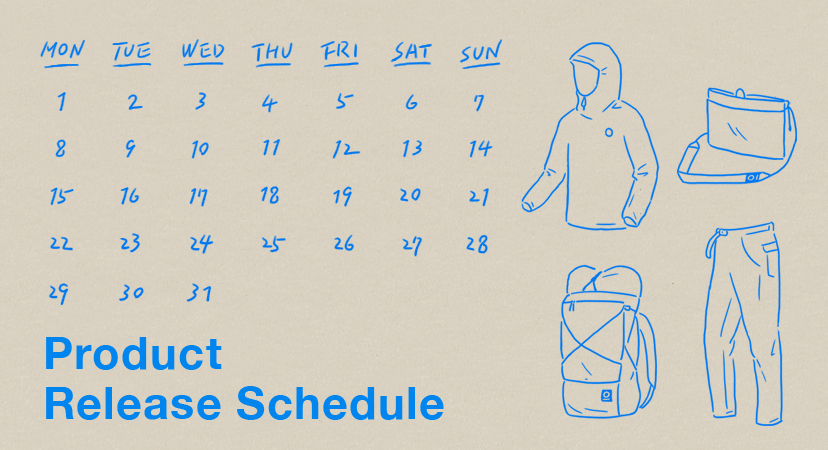 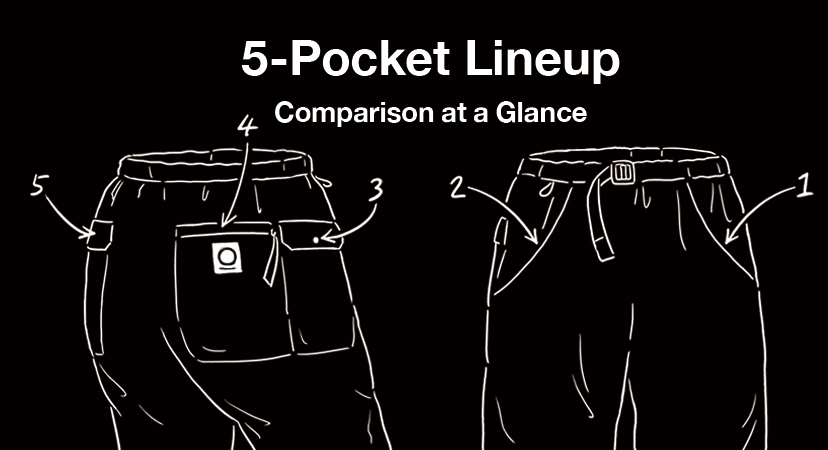 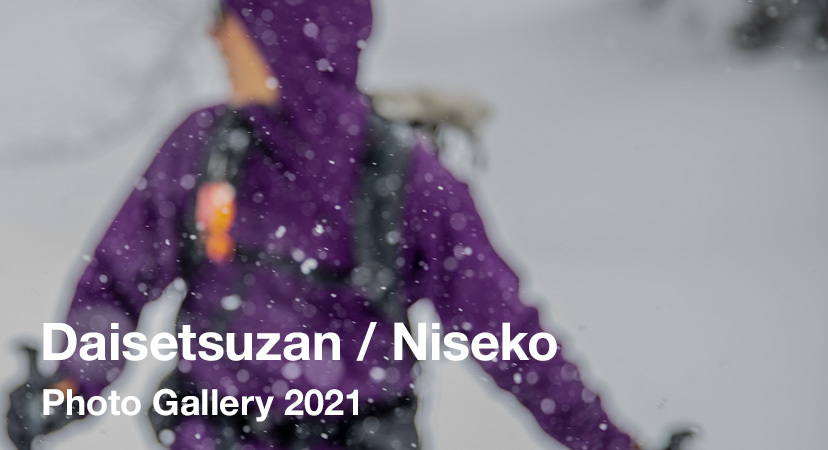 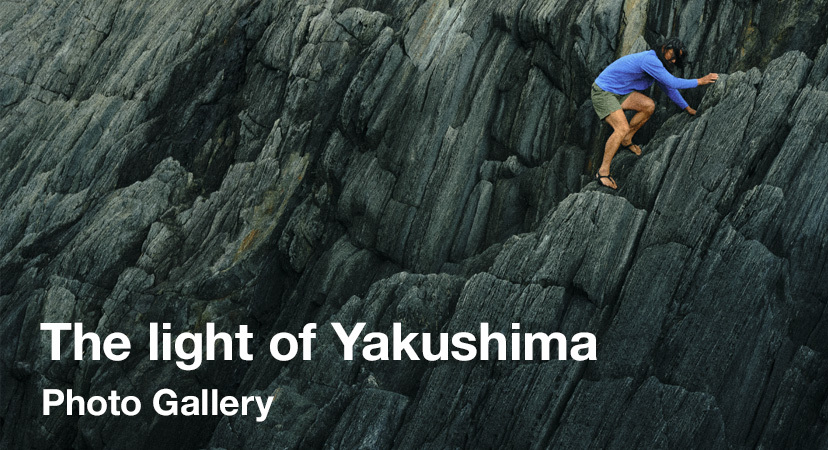 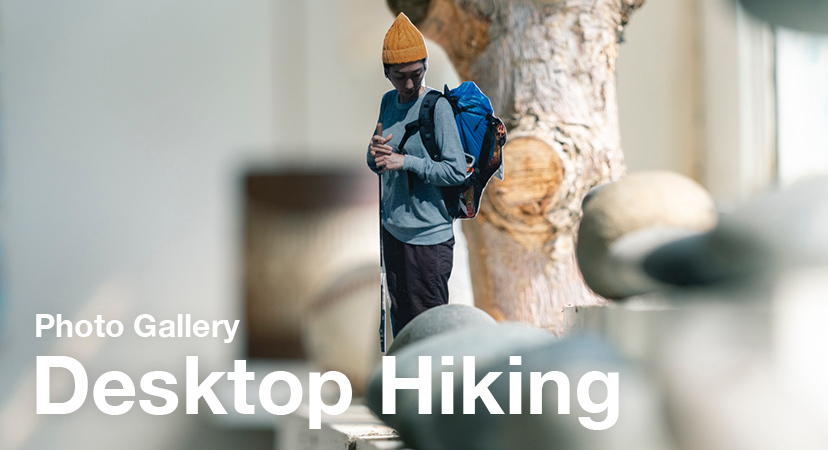